How do you handle vacationing and training for a marathon?

The answer is being flexible.

My last two training runs called for an 18 miler and the ever so popular 20 miler.  I had a couple of choices to accomplish these missions.  The first was to squeeze out the 18 miler after work on a Friday, or wait until I arrived in Florida and run on Sunday.

I chose the first option, and I was determined to run 18 miles on a boring, flat 1.5 mile loop in Seneca Park.  I made it to 7.65 miles before it started thunderstorming.

I chalked it up as a loss and mentally prepared to run in warmer temperatures in Florida.

Two days later I was up at the crack of dawn to beat the Florida heat.  I decided to raise the bar and go for 20 miles and bump the 20 miler up to 22.  I recall hitting “The Wall” at mile 20 of the Marine Corps Marathon.  I wanted to see how my body would respond with my current regime.

I made my Dad’s car my little fuel station.  I stocked Blue PowerAde and Salty Caramel GU.  The loop around Orange Lake Resort is 6 miles.  A portion of the route required me to run on HWY 192 as I exited the resort at one end and entered through another security gate.

I grooved along at a 9:00 pace and I was thrilled to shake the training monkey off my back.  I ate good and recovered at the pool. 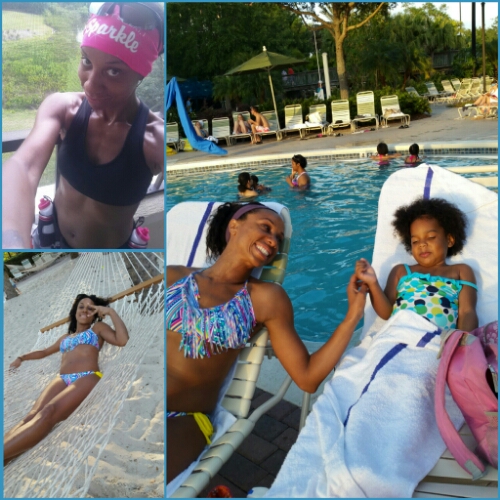 The following day was spent at Downtown Disney to see the movie Home.  The kids and I took in more pool time at the Lazy River pool at the resort.  My body was not sore at all.  I’ve noticed a great improvement in recovery times compared to a year ago when I was taking ice baths to combat soreness.

Tuesday was the Disney day.  Chloe, Corey Jr. and I spent the first half of the day at Animal Kingdom. 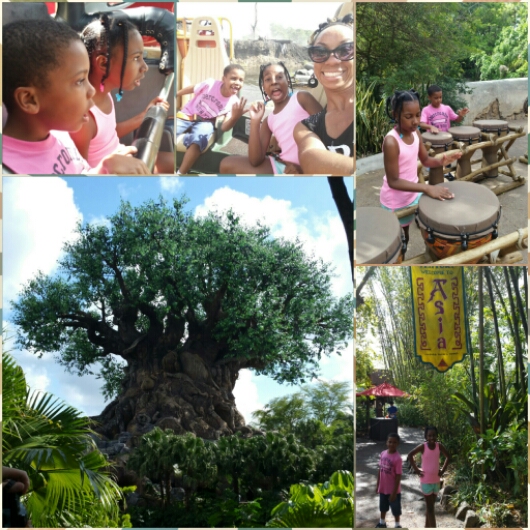 Next, we ventured over to Magic Kingdom and arrived just in time for a parade down Main Street.

We stayed at the park until 11 pm.

I actually felt worse the day after from all the standing and walking than I did for the 20 miler.

I still had one more long run before this vacation ended.  My original plan was to run on Friday.  I decided to keep the last day worry free and run on Thursday.

My brother Corey passed me in his car at mile 16 talking about “pick up the pace.”  He asked if I needed anything and drove off.  Of all things I was thinking about the missed a photo opportunity.

Luckily he rode by again around mile 19.  I waved him down and he snapped these:

Recovery was half of a lemon pepper  rotisserie chicken, oranges and steamed broccoli.  I ran a 9:15 pace in much more humid conditions than the 20 miler.

We drove to Treasure Island which is my favorite beach between Clearwater and St. Pete.

I was glad everything worked out not as planned.  I was able to spend my last day at the pool and shopping.  An airplane was skywriting “Thank You Jesus.”

Teacher on the move.
View all posts by Kelsie Lou →
This entry was posted in family, Florida, marathon, running, Travel and tagged Disney, training, treasure island beach. Bookmark the permalink.